Today, Sunday 8th March, is International Women’s Day. With its humble beginnings going as far back as 1911, International Women’s Day helps shine a light on the economic, social and political achievements of women. The call to action this year is #EachforEqual drawn from a notion of ‘Collective Individualism’. The idea being that, “Collectively, each one of us can help create a gender equal world”.

As an author I have been inspired by many female writers over the years, many of whom defied the rigid rules of society, often risking ridicule and reputation in order to pursue a writing career. Trailblazers, if you will, that both individually and collectively paved the way for future generations to come.

So, in order to mark IWD 2020, here are my thoughts on some of those trailblazers, whose lives and work have both inspired and intrigued me.

Aphra Behn – a celebrated poet and novelist, was also one of the most influential dramatists of the late 17th century. Working as a spy for the British Crown after her husband passed away, then refused remuneration for her services, she found herself in desperate need of money. She vowed never to depend on anyone else for money again and took up writing to support herself. Her first play, The Forc’d Marriage was produced in London in 1670. She became of the period’s foremost playwrights and continued earning her living in the theatre and as a novelist (links to The Rover here) until her death in April 1689.

Virginia Woolf said of her:

“All women together, ought to let flowers fall upon the grave of Aphra Behn… for it was she who earned them the right to speak their minds… Behn proved that money could be made by writing at the sacrifice, perhaps, of certain agreeable qualities; and so by degrees writing became not merely a sign of folly and a distracted mind but was of practical importance.” 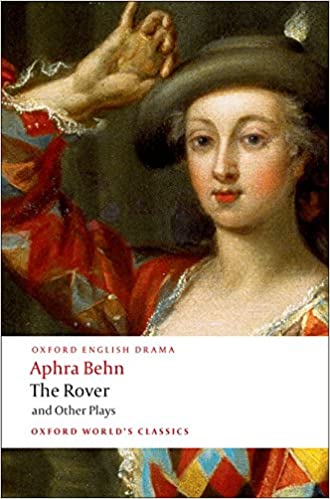 Mary Wollstonecraft – was an 18th century philosopher and proto-feminist, best known for her feminist philosophy A Vindication of the Rights of Women, written in response to educational and political theorists of the time who did not believe women should receive a rational education. Instead of viewing women as ornaments or property to be traded in marriage, Wollstonecraft maintained that they were human beings deserving of the same fundamental rights as men. Her daughter, Mary Shelley, also went on to become a writer, best known for her Gothic novel, Frankenstein. 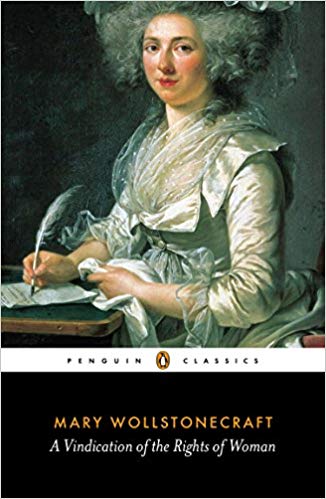 Elizabeth Gaskell – was a 19th century English novelist, biographer and short story writer that I was first introduced to whilst studying at university. Like Charles Dickens, Gaskell’s stories offer detailed portraits on a wide variety of Victorian society including the poor, and the appalling state of impoverished workers in the industrial centres of the North. Her novels are therefore of great interest to social historians as well as lovers of literature and because of the social realism in them, her stories attracted the attention of Charles Dickens, who in turn invited her to write for the periodicals he edited: Household Words and All Year Round which included my favourite Gaskell novel, North and South – if you haven’t read it, you should.

Jean Rhys CBE – best known for her critically acclaimed novel Wide Sargasso Sea – the prequel to Charlotte Bronte’s Jane Eyre (written over a hundred years later) – Jean Rhys was a 20th century novelist born on the Caribbean island of Dominica to a Welsh doctor and a third generation Creole. However, when she was 16 she moved to England for education purposes. In Wide Sargasso Sea she turns to the themes of dominance and dependence, especially in marriage, depicting the mutually painful relationship between a privileged English man and a Creole woman from Dominica – namely a certain Mr Rochester and his first “madwoman in the attic” wife, (Bertha) Antoinette, who is drawn in quite a different light than she was in Jane Eyre.

I love this quote by Jean Rhys:

“Reading makes immigrants of us all. It takes us away from home, but more important, it finds homes for us everywhere.”

Chimamanda Ngozi Adichie – is a 21st century Nigerian writer of novels, short stories and nonfiction, and was described in The Times Literary Supplement as “the most prominent” of a “procession of critically acclaimed young Anglophone authors [who] is succeeding in attracting a new generation of readers to African literature”. My first introduction to her work was We Should All Be Feminists, an essay based on TEDx talk of the same title that the writer gave in London in 2012 (here). She shared her experiences of being an African feminist and said gender as it functions today is a grave injustice. However, she also said she is “hopeful because I believe deeply in the ability of human beings to make and remake themselves for the better”. 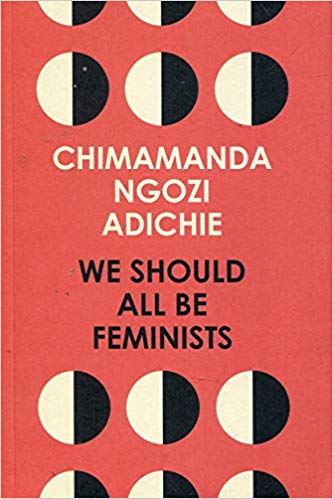