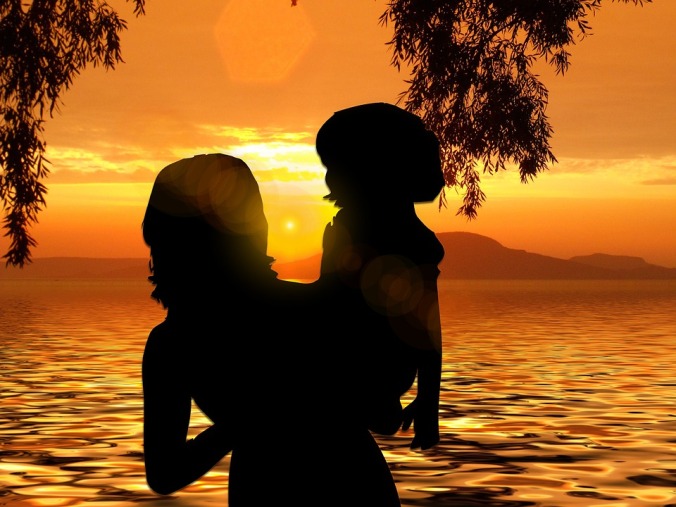 Today is Mothering Sunday or, as it is often referred to, Mother’s Day and this post is dedicated to my wonderful Mum. Her’s has not been an easy journey. Born in 1950 she came from a place where things were done very differently and attitudes towards women, although beginning to change once she became a young woman, were a far cry from where they are today. Don’t get me wrong, we still have a long way to go if men and women are going to be looked upon and treated as equals, but it still begs belief that less than fifty years ago my Mum earned half the wage of a man doing the same job – merely because she was a woman. Also, when he was 19 years old my mother lost her beloved older brother in a motorcycle accident and when he was 26 years old my mother also lost her second oldest brother in a car accident. My mothers life, like many I’m sure, has been filled with up’s and downs ever since and just three years ago she was diagnosed with breast cancer. Fortunately she kicked cancer’s arse and is in remission. However, for as long as I can remember, my Mum has remained upbeat and positive. She has always been there for me through my own troubled times and, of course; she is (and I suspect will always remain so) my number one fan of my writing. Thank you Mum for your never-ending supply of love and support and words of wisdom. Thank you too, for believing in me, encouraging me and thank you for being my inspiration.

Mum and I (more years ago than I care to remember!)

Mother’s Day or as it is traditionally known, Mothering Sunday, is celebrated throughout the world. Each year on the fourth Sunday in Lent, people show their appreciation to their mothers, usually with gifts and cards. This is a tradition believed to have started approximately 400 years ago in the UK when young people, who worked long hours, usually away from home, were given a day off by their employers so they could return to their ‘mother church’ where they had been baptised. This enabled them to spend time with their families and they would often arrive bearing small gifts such as flowers for the celebration.

Mothering Sunday is sometimes confused with Mother’s Day, which is held in the USA on the second Sunday of May. Ultimately, both days are in similar in their celebration of Mothers but their origins are different. In the USA, Mother’s Day came about as a result of Anna Jarvis ­­who was a social activist and founder of Mothers’ Day Work Clubs. She also played a significant unifying role within her community during the American Civil War. Jarvis campaigned relentlessly for a national holiday in honour of mothers and succeeded in 1909 and is now known as the founder of the Mother’s Day holiday.

However, regardless of it’s title – Mother’s Day or Mothering Sunday – today is the day we reflect upon and (hopefully) give thanks to our Mums, often for all the good they do and continue to do – like my own Mum who has been an absolute rock throughout my life. The relationship between a woman and her Mother is extremely important. It has even been suggested that the mother-daughter relationship is so powerful it affects everything from a woman’s health to her self-esteem. Dr Christiane Northrup, author of the book Mother-Daughter Wisdom (Hay House), says: “The mother-daughter relationship is the most powerful bond in the world, for better or for worse. It sets the stage for all other relationships.”

Anne Boleyn and  Queen Elizabeth I  – Although Anne (the second wife of Henry VIII and the first English Queen to be executed for treason) died when her daughter was very young, it has been suggested that Elizabeth carried a locket ring with a picture of her mother Anne, on one side and herself the other. She is supposed to have carried this ring with her, all her life.

“I would rather be a beggar and single than a queen and married.” – Queen Elizabeth (to the Ambassador of the Duke of Wurtemberg).

“Strengthen the female mind by enlarging it, and there will be an end to blind obedience.” – Mary Wollstonecraft.

“That one must do some work seriously and must be independent and not merely amuse oneself in life — this our mother has told us always, but never that science was the only career worth following.” – Irène Joliot-Curie.

The author of the Little House series, Laura Ingalls Wilder says she couldn’t have written the books without the support and resilience from her daughter, Rose Wilder Lane.

“Happiness is something that comes into our lives through doors we don’t even remember leaving open.” – Rose Wilder Lane.

“My mother was the most beautiful woman I have ever seen. There are moments when I remember her beauty, unadorned, unposed, not in some artificial place like a set or a photo call but rather captured outdoors in nature, where she took my breath away. When those moments surface, I miss her the most.” – Jamie Lee Curtis.

The mother-daughter relationship (partly based on my own experiences) is of course a theme explored at great length with much humour throughout my debut novel 183 TIMES A YEAR.

Lizzie is the exasperated Mother of Cassie, Connor and stepdaughter Maisy and the frustrated voice of reason to her daughters’ teenage angst. She gets by with good friends, cheap wine and is often found talking to herself – out loud. Below is an early extract of Lizzie reflecting on her relationship with her 16-year-old daughter Cassie, after enquiring as to how her English exam went.

Where did it all go so wrong? I’m standing midway on the stairs, stunned at the sudden eruption that has just taken place. I merely asked Cassie how her English exam went. Forgetting to ask about her Maths exam had resulted in accusations of failing to take an interest in her life so I was pretty confident remembering this one would surely score me a few brownie points. How wrong could I be? I’m still not entirely sure what I said—or did—that was so wrong. Maybe I shouldn’t have corrected her when she said Shakespeare wrote in Islamic pentameter instead of iambic pentameter. Or perhaps it was when the conversation turned to Chelsea and her “undivorced” parents. It doesn’t seem to matter that Scott left me for another woman and had another child—side lining ours—it’s my fault anyway. Everything’s always my fault.

I stare at the photo of Cassie hanging on the hallway wall. She’s about 6 years old, her hair is in pigtails and her nose is wrinkled from smiling. No actually—she’s laughing. I feel sad. She loved me then. Maybe Scott leaving us was my fault and my teenage daughter’s malaise is entrenched in me?

How had I failed to notice Scott’s avarice and ambition? I don’t remember him being like that when we first met. The house, the cars, the golf club, the other women—all took priority over us. I—we—were never going to be good enough for him. God only knows why he married me? I feel wretched. Right now the only emotion I can remember from our marriage is worthlessness. What the hell was it all about Scott?

I look at a photo of Simon—I know Cassie calls him “Simple Simon”—on the same wall and smile. The irony is—he is far simpler than Scott. He doesn’t buy into all that status shit. He loves me for me and he loves the kids—all three of them—and that’s certainly not easy at times. I was burned and frightened when I met Simon but he promised me he was in for the long haul. He didn’t lie.

I run my fingers along the collection of framed snapshots of times past—ephemeral moments gone but not forgotten. I look at a smiley, fat cheeked Connor held, almost in a vice like grip, by an equally smiley but toothless Cassie. My thorax tightens and my vision blurs. It was shortly after that photo was taken, Scott left us. I still don’t get it though. Can’t get my head around his complete lack of interest in Cassie and Connor. I understand his apathy towards me but not the kids? Why Scott? Why?

I use my hand to reach up behind me and rub the back of my neck—twisting my head from side to side in a bid to banish the stresses of the day. It’s not really working so I perch on the stairs for a moment—staring into space. An unwelcome feeling washes over me. The black dog has made an appearance and looms at my feet. I shake my head, suddenly angry. I use my hands now resting on my knees to push myself to a standing position again. I will not give in to this ridiculous melancholy threatening to descend upon me. Yes, Scott is a fully-fledged, first class arse-hole but as far as I’m concerned it’s his loss if he chooses to miss out with Cassie and Connor. And besides, the bottom line is simple, teenagers—whether you are married or divorced, single or co-habiting, straight or gay, rich or poor—simply don’t like their parents. And that’s official. Every parenting book I’ve ever read clearly states that any parent hoping to be liked by their teenage children is on a damned path of discovery.

If you wish to read more of my debut novel, ‘183 Times A Year,’ it is currently available to download for just 99p for the next two day on Amazon here and here. And for all those suffering Mum’s of teens out there, just remember, although at times the mother/(teenage) daughter relationship is a road fraught with diverse and complex emotions, it can also be – like many strong, female friendships – very enriching and rewarding. 183 TIMES A YEAR is a poignant, heartfelt look at the complex and diverse relationship between a mother and daughter set amongst the thorny realities of today’s modern family.