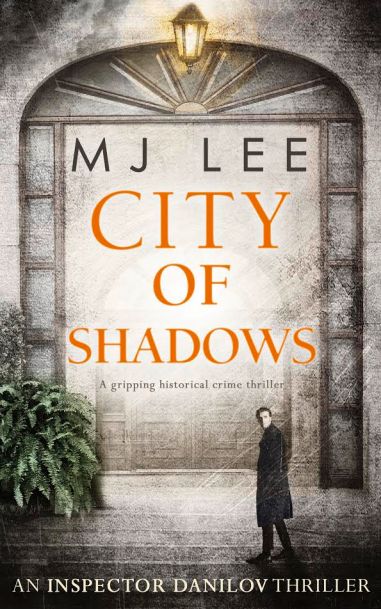 It is my great pleasure to introduce Martin (M.J.) Lee as my guest author today. Martin is the author of the Inspector Danilov novels and the recently published City Of Shadows is the second book in the series. Martin is also the author of the recently released Samuel Pepys and the Stolen Diary.  Martin has spent most of his adult life writing in one form or another and here he talks about how his love of history and travel merged one evening during a stroll in Shanghai, sparking the idea for the Inspector Danilov novels.

City Of Shadows is described as,

A family has been found murdered in the heart of 1920s Shanghai. But what could have compelled them to open the door to their killer?

Thanks, Eva for this opportunity to talk about myself and the Danilov novels. It’s something I love doing almost as much as I love writing the books.

You see, I had two passions growing up. I fell in love with history when I was very young. I have a vague memory of sitting up in bed one summer’s evening, I must have been five or six years old, reading a book my mother had given me with pictures of the Kings and Queens of England in it. We weren’t a big book reading family and besides, we were Irish, so why we would have this particular book? I haven’t the foggiest. But I do know with absolute clarity that was the moment I fell in love with history.

The other passion was crime novels. Agatha Christie, Ngaio Marsh, Dashiell Hammett, Mickey Spillane and Ed McBain all graced my sticky little fingers. I still have many of the copies of the books with their wonderfully lurid covers at home.

Well, a few years have passed since then. I did a degree and postgraduate degree in history, but never became a criminal, having no opportunity to put into practise the methods of murder so beautifully described by Ms Christie. I spent most of my working life in advertising (it was the only place that would pay me to have ideas), taking a couple of sabbaticals to write. I still have the rotten evidence of those sabbatical years on my computer – three books that have no hope of ever getting published.

A couple of years ago I became a freelance Creative Director, writing novels in the mornings and doing my freelance work in the afternoons.

Finally, I had achieved the sort of balance I wanted in my life ( a book in each hand). I remember very clearly when the idea for writing a novel set in the Shanghai of the 1920s and 1930s came to me.

I was out strolling one evening in Shanghai (we were living in the city at that time). It was around dusk in October, one of the best times of the year in the city. Perfect walking weather. I reached the crossroads at Jiangxi Middle Road and Fuzhou Road, just opposite the Metropole Hotel. A square where four Art Deco buildings built in the 1930s meet. For a moment, there was no traffic and no people, a strange occurrence in a city of over twenty million people. I closed my eyes and was suddenly transported back to the 1920s, imagining old Dodges, Packards and Chevrolets rolling up to the hotel, discharging carloads of flappers and elegant men wearing tuxedos. A lovely moment, trapped in time. 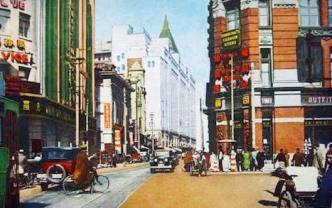 The Inspector Danilov books were born. And what a time to write about. Back then; the city of ‘joy, gin and jazz’ was an amazing melting pot of adventurers, spies, triads, opium smugglers, merchants, con-men, communists, criminals, fascists, Japanese militarists, gamblers and refugees. With such a witches cauldron of deceit and double-dealing, happiness and despair, wealth and poverty, it soon became obvious that only a crime novel, with its strong moral compass, could explore the depths of the abyss that was Shanghai.

The two main characters, Detective Inspector Danilov and Detective Sergeant Strachan, are both outsiders, in a society full of outsiders. They are employed by the Shanghai Municipal Police but distanced and separate from the rest of their colleagues, and from the society of the time. Mavericks are always so much more interesting to read about and to write. The choice of Danilov as the lead in the books actually came from a line in a policeman’s memoir of the time. He mentioned that when they had a problem, both the French and Shanghai police turned to White Russian members of their forces to solve it for them.

At last, my two passions, history and crime, can now both co-exist together. So far, two books in the series have been published, Death in Shanghai and City of Shadows, with a third on the way in October. Given the wonderful cesspit of characters who lived in the original ‘Pearl of the Orient,’ there’s no shortage of wonderful material for the future.

The Danilov series of historical crime thrillers is published by Carina, an imprint of Harper Collins. They are available at Amazon and other online bookstores.