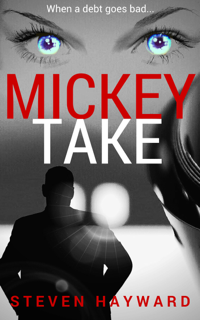 It is my very great pleasure to introduce the wonderful Steven Hayward as guest author on my blog today. Steven is the author of the crime thriller Mickey Take:

In this complex criminal web, Mickey doesn’t know who to protect and who to fear. But with even those closest to him seemingly involved, who can he trust? A hapless pawn in a bigger game that’s playing out between local crime lords, all he knows is whatever happens, he’s not going back into that bloody chamber…

Mickey Take is Steven’s debut novel. His latest book Jammed Up: a Debt Goes Bad is a novella that is both a prequel and an introduction to Mickey Take and if you sign up to Steven’s newsletter (see below) you can actually obtain the ebook version for free! Now, read on for a fascinating insight into the research behind Steven’s writing.

Anatomy of a Rudeboy

A few years ago, not long after leaving the security of a structured job and a regular income in banking, I almost fell into the trap faced by many debut novelists when I started writing Mickey Take: When a debt goes bad… In the opening scenes of the first draft, Michael Field introduces himself as an ex-banker looking for a new direction. Several re-writes later he was to become the impetuous but slightly vulnerable Mickey, who, having kicked out his wife for cheating on him, stormed out of his job the very next day under dubious circumstances only to be lured back into the murky world of revenge and murder he’d barely escaped in his youth. So, thankfully, no other similarities there, then!

Having decided last year to develop the original novel into the Debt Goes Bad series, I wanted my latest book, Jammed Up: a Debt Goes Bad novella to act as both a prequel and an introduction to Mickey Take. Having set it a few years before, but against the same backdrop of feuding gangsters and police corruption, I needed a new central character who, much like Mickey, was likeable with a good heart, but was easily led and, through the circumstances of a misdirected youth, almost fatally flawed.

I only had to look a few miles west of where I live, to Croydon in South London, to discover a sub-culture emerging at the turn of the millennium that was (and likely still is) an underclass of youth, largely ignored by the media and, at best, misunderstood by most. Under-privileged teenagers, often from broken families and frequently of mixed race, perhaps in search of an identity, are drawn together by a common interest in a specific genre of music, and a love of American branded sportswear.

Enter the Croydon Rudeboy, with a cocky swagger, his back-to-front baseball cap doffed in homage to the gangster rap scene of the USA — but without the guns and the bling! Instead, a Rudeboy has to improvise to impress, wearing his flamboyant trainers (“creps”), with only the rungs of the laces visible beneath the oversized tongues thrust forwards like peacocks’ tails by the balled-up socks wedged behind them. And a Rudeboy is never without his hoodie in a brand to match his trainers: it has to be Nike.

He grew up in a deprived South London suburb — the self-styled “Jam” hails from the Thornton Heath (“Fornton Heaf”) area of Croydon. And he attended, sporadically, failing schools — Jam went to Ingram High, which years before had been a respected grammar school, but was later shut down for being one of the worst-performing state schools of the mid-1990s. For a Rudeboy, school was an unwelcome intrusion into the fun and meaning of daily life. It was “long” (boring) and “dry” (irrelevant) and engendered high levels of illiteracy and disaffection. However, don’t underestimate his intelligence. With a high IQ in street smarts, he is nobody’s fool. Likely to be the son of a white mother and an absent black father, he’s an outsider who, rather than rebel as a means of trying to fit in, effectively conspires to create an exclusive sub-culture with the primary purpose of keeping everyone else out.

The music scene is all about UK Garage (“garrij”), centring on MC rappers, like duo DJ Luck and MC Neat; DJ EZ (“easy”), N’n’G, The Artful Dodger and Craig David. On the radio, the Rudeboy listens to Kiss FM where DJs Tuff Enough Brown and Jam Lamont (aka. Tuff Jam) send out “big-ups” to the listeners’ crews: “Dis is goin’ out to ma man Jam in da Fornton Heaf Massif!” Between 1997 and 2001, the South London pirate underground radio station, Upfront FM pumps out UK garage, and when on the move, beneath his hoodie, the Rudeboy always has on his Walkman earphones.

“Grounded in the youth subculture of Lonjam, theirs was an intimidating mongrel of South London and Jamaican parentage; a patois rich with biting satire and linguistic inventiveness that continuously evolved.”

In addition to the music and the clothes, the Rudeboy is perhaps best characterised by his London Jamaican dialect. In the company of elders and non-hostile strangers, he tends to be polite and reticent, and unlikely to use excessive “LonJam”. When Jam first appears in the opening scene in Chapter 1 of Jammed Up, he’s with his new boss, a white man he would respectfully refer to as “cuz”. In contrast, he calls a fellow-Rudeboy “bruv”, or simply “rudeboy”. But even then, the older man is easily confused by some of his words and phrases as Jam describes a father-less upbringing of intimidation and violence, and the need to grow up fast and to quickly learn to defend himself. Later, when he speaks to his friend, a man-child he calls “Jabba”, the dialogue between them is unconstrained.

“Several years of living north of the river had dulled their edge and back home, they would now have been considered outsiders. But whenever the young men came together, they reverted to the Croydon Rudeboy personas of their teenage years.

‘Wh’appen, bruv?’ Although a couple of years older, Jabba spoke with the eager curiosity of a child, symptomatic of the mild cerebral palsy he’d suffered at birth. Their friendship was such that Jam no longer noticed.

Another characteristic is the casual use of drugs, particularly the smoking of marijuana. “Bunnin'” would be a regular activity. And so would “graffin” – as teenagers, Jam and Jabba would have been the scourge of the south London railway network as they left their tags emblazoned in graffiti across trains in the overnight sidings at Norwood Junction. Elsewhere, nightlife would include The Blue Orchid opposite The Fairfield Halls in central Croydon or, before the Tramlink was built in 2000, teenagers too young to make it past the bouncers there, along with the ones barred entry for wearing their creps, would frequent “the dive” that was Club Vision in Church Street.

One quality a Rudeboy nurtures on the street is the loyalty he retains towards one of his own. Unlike Mickey, when Jam is offered a questionable job by small-time gangster, Herbert Long, he jumps in with both feet. But for him, the challenge becomes almost too great when he can’t help involving his vulnerable friend…

‘Just do the job and I’ll be back in touch. And don’t bother saving any of the phone numbers – you won’t be able to ring or text me back. So, are you in or not?’

‘If you tell a living soul about this… or if you do anything stupid tomorrow, like being seen or worse still, getting caught… I’m not going to be able to guarantee your safety, understand?’

‘For real,’ Jam said slowly, his heart beginning to race. He’d chat it over with the punch bag first and look out for the text later. He pressed the red button on his Nokia 8210 and dropped it in his bag. Grabbing his Walkman on the way out of the room, he slipped quietly down the stairs and out the front door. He pulled up the hood on his new Nike top, and with N’n’G playing in his ears, jumped back on the tube to Bethnal Green, where he walked the rest of the way to the Boys’ Club on Cheshire Street.

On the phone, later that evening:

My greatest fear as an author writing Jammed Up, was that the extensive use of dialect in the main character’s speech may alienate some readers. My hope is that there is enough context in which to follow the gist of Jam’s dialogue even when his words may not be familiar. I’m glad to say, since Jammed Up was published on 26th May, readers seem to be taking to him and enjoying his cheeky patois. But for those who may be struggling, here is a Rudeboy’s thesaurus* of common words and phrases:

Vocabulary of a Rudeboy

* With my acknowledgement and thanks to Annabel, Roxanne and Jacqueline Andrews for providing many of the linguistic and cultural references that brought Jam and Jabba to life.

If you’d like to read more, Jammed Up: a Debt Goes Bad novella is available as an e-book from Amazon, Kobo and Nook, with a paperback edition due out later in the year.

Subscribers to the Followers of Fiction newsletter can obtain the ebook for free here. 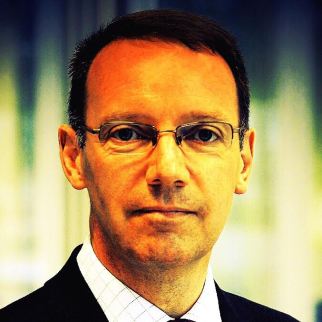 2 thoughts on “Eva Jordan in conversation with… Steven Hayward”