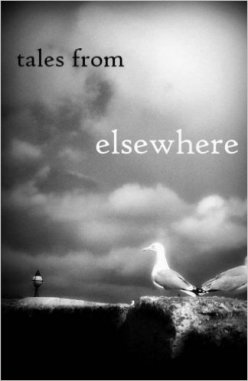 My second guest author post today is by the very intriguing Margaret Morton Kirk, a writer living and working in her home town of Inverness. She has written a number of short stories, one of which, ‘Still Life’, was runner-up in the ‘Bloody Scotland’ short story competition in 2015.  It was later adapted for radio and broadcast on Radio 4 as part of its ‘Scottish Shorts’ series.

‘The Seal Singers’, a semi-mythic tale set in Orkney, won third prize in the 2016 Mslexia short story competition.  And ‘Coming Home’, a chilling insight into one family’s fragmented past, was published in the Tales from Elsewhere anthology.

Her debut novel, ‘Shadow Man’ is set in Inverness and is the first in a planned series featuring ex-Met DI Lukas Mahler. It is due to be published by Orion in July 2017.

Here, Margaret gives us some very helpful advice about writing the dreaded synopsis for a book…something I definitely struggled with!

Synopsis is a four-letter word…

Well, not literally…even my maths isn’t that bad. But whatever kind of writer you are, it’s a safe bet that writing a synopsis is your least favourite part of getting ready to submit your work. When I first thought about entering the Good Housekeeping novel competition, I wasn’t too worried about sending off the first couple of chapters—I’d worked hard on them and thought they were probably pretty much there. The synopsis, though…I spent a ridiculous amount of time drafting and re-drafting, and even once I’d sent it off, I couldn’t help thinking it could have been so much better.  But should crafting a synopsis really be such hard work?

On the face of it, synopsis-writing doesn’t seem that daunting. Most agents tend to prefer brevity (with good reason, given the number of submissions they receive each week) so in theory, all you need to do is write a concise but compelling summary of your book, in 500-700 words.  How hard can it be?  After all, you’ve already written 90,000 or so…

And that’s part of the problem, of course.  You’ve probably toiled over your novel for several months, maybe years.  You’ve re-drafted, re-examined every word choice, and it’s now as good as you can make it. You’re feeling endlessly chuffed for even finishing the wretched thing, for heaven’s sake…and now you need to compress the essence of those 90,000 words into a page or less (and no cheating with the margins or tiny fonts, in case you’re tempted).

It’s as though your imagination’s being forced to hold a closing-down sale.  Everything must go, all the plot intricacies, the character nuances you’ve worked so hard on, and what you’re left with looks like…well, not very much. Certainly, nothing that would tempt you to ask to see more, so how can it possibly work any magic on an agent?

Well, there are two things to bear in mind. Firstly, I’ve attended writing events across the UK, and the consensus amongst the agents I’ve spoken to is that they won’t usually turn to the synopsis first. They’ll have a look at your writing and your cover letter, to decide a) if you can string two words together and b) if you sound like someone they could possibly work with. If they’ve done this and are getting good vibes so far, then they’ll turn to your synopsis.  They’ll do this to make sure that the clever premise and vivid writing of your first chapter don’t lead to a surprise intervention from little green men in chapter 28.

Secondly—and I wish I’d known this earlier—you don’t need to tell them everything in the synopsis. The main plot thread, of course, and the events leading to the denouement, and the ending, absolutely…but you don’t need to detail every twist and turn along the way. If you do, unless your novel is linear and simple in structure, you risk getting bogged down in unnecessary and confusing detail. You need to give the essence of your story, not chapter and verse.

Sound easy?  Didn’t think so. But fear not, there is help out there: I’ve found the wise and sensible Emma Darwin’s blog a source of invaluable help on all matters technical.  And Write a Great Synopsis by Nicola Morgan is a handy little eBook you won’t want to be without.

Follow their guidelines, and writing your synopsis needn’t be the carpet-chewing trauma that mine became…best of luck!

2 thoughts on “Eva Jordan in conversation with… Margaret Kirk”