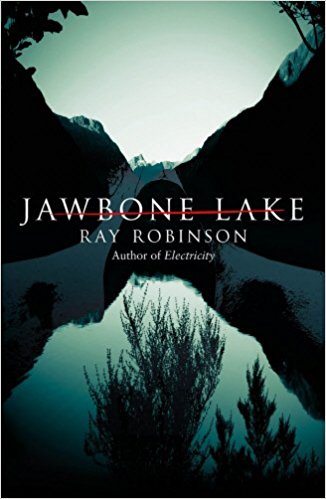 A young woman stands on the shore of a frozen lake and watches a Land Rover crash off the bridge wall and into the ice. Two hundred miles away, a young man is woken by a devastating telephone call. The accident, and what it brings to the surface, will change both of their lives forever.

Set in a small town in Derbyshire’s Peak District, Jawbone Lake is a compelling and cleverly woven thriller about a young man’s search for the truth behind the disappearance of his father. However, it is also a heartfelt look at life after death and the impact of such on those left behind seen through the eyes of the story’s two main protagonists, Joe Arms and Rabbit.

Living in London, Joe is the successful owner of a thriving software company he set up from scratch after leaving university. However, Joe has had enough of London life and his manic work schedule. He decides to sell the business and leave London for a while. Early one morning Joe receives a phone call from his mother, Eileen, telling him there’s been an accident. His father’s Land Rover, which crashed into a frozen lake off a bridge, has been found but his father, CJ, is missing. With no idea if any other vehicles were involved and no apparent witnesses, the police are somewhat baffled by the circumstances surrounding the accident. Joe’s father is missing, presumed dead. Distraught, Joe sets out to find the reason behind his father’s disappearance only to uncover some unsettling truths along the way. This was the man Joe thought he knew but his quest leads him to a past that began in Hastings and another life in Andalusia in Spain, which throws up the age-old question – does anyone ever truly know someone?

The story’s second protagonist is Rabbit, a young woman who works in the local ice-cream factory who, unbeknown to anyone else, was standing by the lake when CJ’s car went into it. She also witnessed the presence of another car and a man with ‘a dark shape silhouetted in his hand.’ Hers is a mundane existence and one where she is still coming to terms with the loss of her baby son. ‘Sensing the vastness of the water out there, its pull, she was reminded how, towards the end of her labour last year, it felt as though her stomach had created its own field of gravity…And even though he was now gone from her world, she still felt him inside her, floating like a tiny underwater astronaut.’

Although Jaw Bone Lake delves into the murky dealings of the criminal underworld this is not a fast-paced action thriller but rather a look into the aftermath that crime and the loss of a loved one leave on those left behind. The characters are well rounded and the narrative moves along at a steady pace. Robinson’s use of language is beautifully evocative and his description of places and changing scenery simply breath-taking. Robinson is clearly a writer who understands the art of writing and this is definitely a book I’d recommend.