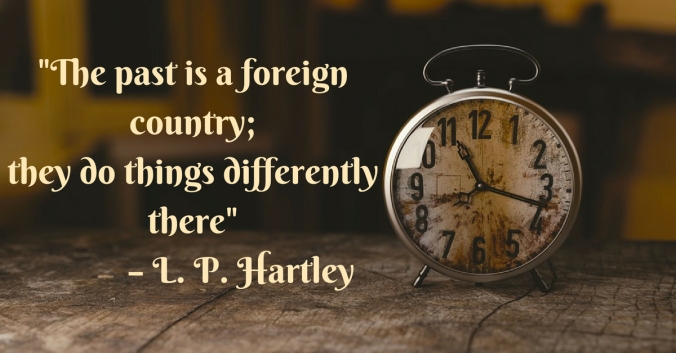 I live in a small Fenland town called Whittlesey which is six miles to the west of Peterborough, eleven miles to the east of March, bordered to the north by the River Nene and to the south by Whittlesey Dyke. For such a small town it is rich in history and was once connected to Peterborough and March by the Roman road, Fen Causeway, constructed in the first century AD, which is the approximate route of the modern A605 road used today. Whittlesey also appears in the Cartularium Saxonicum (973 A.D.) as Witlesig, in the Domesday Book as Witesie, and in the Inquisitio Eliensis (1086 A.D.) as Wittleseia.

Recently, while waiting to meet a couple of friends at one of the local pubs in Whittlesey, The George (which you can see to the left in the above photo), a grade II listed building (also rich in history) which dates from the late 18th century and whose landlords can be identified as far back as 1830, I happened to look up, and there on the wall opposite was a framed black and white photo (one of many adorning the walls) of a rather serious, rather dapper looking gentleman. Curious, I moved in for a closer look. Bespectacled and sporting a very bushy moustache, not unlike that worn by Tom Selleck during his Magnum PI days (showing my age now!), his chin resting on his hand in a somewhat contrived pose, the name above his head read, L.P. Hartley. Not to be confused with J.R. Hartley – a fictional character and said author in a popular TV advertisement promoting the Yellow Pages back in the early 1980’s that sees an elderly gentleman trawling second hand bookshops for a book called Fly Fishing – L.P. Hartley was, I discovered, actually a bona fide author of several famous works of fiction (one of which contains one of my favourite quotes – above) with a local connection. 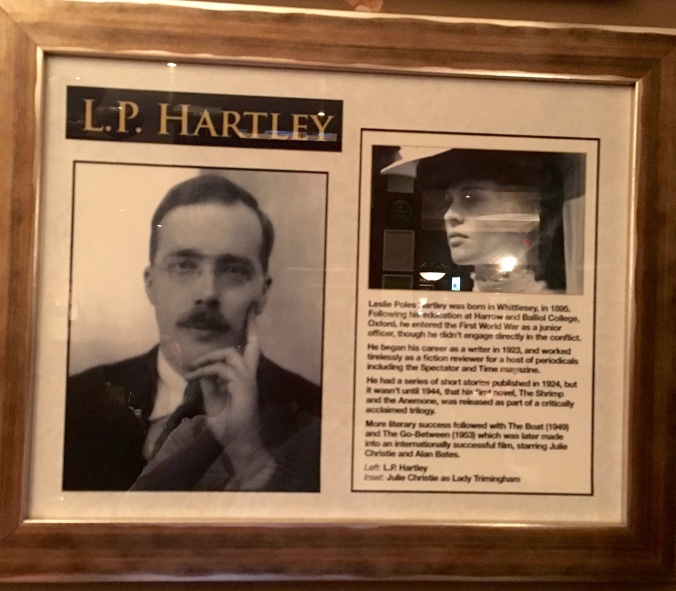 Leslie Poles Hartley (named after Leslie Stephen, who was, among other things, an author, critic, and historian, not to mention the father of Virginia Woolf and Vanessa Bell) was a British novelist and short story writer, born 20th December 1895 – in Whittlesey. The son of Bessie and Harry Bark Hartley, a solicitor, Leslie also had two sisters, Enid and Annie Norah. While he was young, the family moved to Fletton Tower, a small country estate near Peterborough. However, most of his schooling took place in Cliftonville, Thanet, and Clifton College, Bristol. He completed his education at Balliol College, Oxford, where he read modern history and also met and befriended fellow writer, Aldous Huxley (Brave New World). Some of his early works of fiction were published in the early 1920’s, however, his writing career, much to his disappointment, was slow to take off. It was only during later life that he began to experience serious success. His best-known novels are the Eustace and Hilda trilogy (1944-7) and The Go-Between (1953 – where the above quote comes from), which was made into a film in 1971 starring Julie Christie (a photo of which also sits alongside Hartley in the same frame) and Alan Bates. Offering a critical review of society at the end of the Victorian era, the New York Times described the novel as “a triumph of literary architecture.” The Go-Between was joint winner of the Heinemann Award and Hartley was awarded the CBE in 1956. Hartley died in London on 13 December 1972 at the age of 76, however, I think I can safely say L.P. Hartley was a local boy done good! 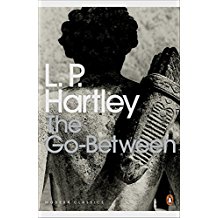 One thought on “The Go-Between and The George!”