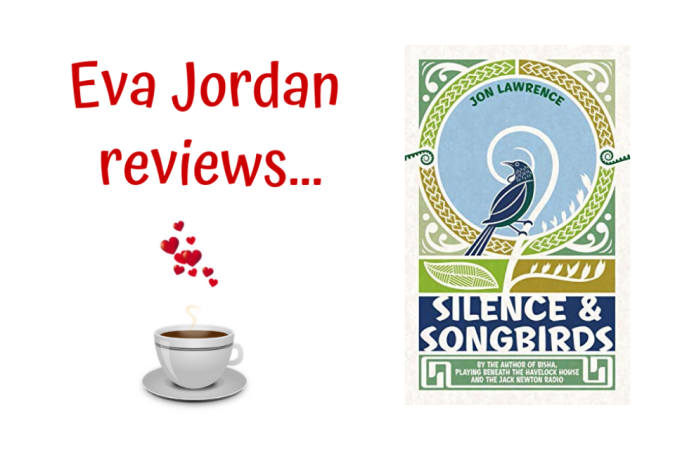 Silence and Songbirds is a thought provoking tale that transports the reader across the sea to the beautiful islands of the Marlborough Sounds, an extensive network of sea-drowned valleys at the northern end of the South Island of New Zealand. Tane, the story’s narrator, is an indigenous islander whose name means ‘man’ in Maori culture. He shares his name with the god of forests and light who, the Maori believe, is also responsible for creating the tui bird. Tui, like most songbirds have two voice boxes which enables their complex variety of songs and calls. Early European colonists called them mockingbirds, and for good reason. Like parrots, the tui bird has the ability to clearly imitate human speech.

The story begins with Tane heading towards the end of his life. “My ancestors’ voices are sounding. When I close my eyes at night, I can hear them calling me in my native tongue… It is a little unnerving, yet beautiful. There are shifting rhythms that sway and swirl like sand in the wind, while the lilting melodies of their voices slide and glide through the lulling lows and haunting highs… Soon I shall take a final voyage, this time into the mysterious underworld. I am not afraid of death.” Tane reflects on his long life, and in particular, his formative years when, after a terrible accident that resulted in the loss of those closest to him, he not only suffered great pain and sorrow but also his ability to speak. However, by striking up a carefully nurtured and mutually respectful friendship with a local tui, plus a chance encounter with a young English girl called Emily, Tane once again discovers his voice, enabled by the healing power of love and friendship.

Silence and Songbirds is a novella that, less than a hundred pages long, can easily be read in one sitting. Beautifully written, it is a story everyone can relate to. An evocative tale of love and loss but also a coming of age story that demonstrates the positive power of friendship, in whatever guise it manifests itself. Sad and joyous, Tane’s thoughts and feelings are as complex and colourful as his surroundings, “where the dolphins play and the orca hunt, where the plates of the earth rise up in thunderous earthquakes, and, of course, where the tui sings.”