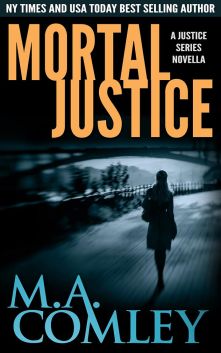 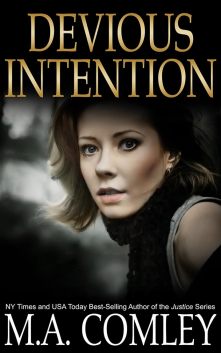 I am chuffed to bits to have the wonderful Mel Comley as guest author on my blog today. Author of the Justice Series and the Intention series, Mel is one of the few indie authors listed as a New York Times and USA Today bestselling author. Here, Mel gives us a fascinating insight into how she started her writing career.

Thank you for inviting me, Eva, it’s been a long time since someone has asked me to write a blog post for them. 🙂

Now, what to choose as a subject, I know, how about writing!

My love of writing started when I moved to France back in 2002. I began reading a Mills and Boon romance, the only book available in English at a French library at the time, about halfway through the book I threw it down in disgust and turned to my Mother and said, “I could do better than this!” That day, I enrolled in a home study Creative Writing Course and wrote two romances, but I felt something was missing, it was a chore to write them to be honest. A friend of mine lent me a James Patterson novel and the speed of that book blew me away. It was then that I began writing Cruel Justice, that first book took me over 18 months to complete, however it was the second book in the Justice series, Impeding Justice, that I unleashed to the world first.

Back in 2010 the ebook market was still in its infancy, so I picked up some valuable fans right from the word go. Impeding Justice made it into the top 40 in the Amazon UK chart and in the top 100 in the USA. It was such a thrill to see the book doing so well that I quickly wrote Final Justice, when I say quickly, it still took over 6 months to write. When I released Final Justice my fans started writing to me asking to see more of Lorne and Pete’s relationship. I revisited Cruel Justice, tweaked it a little and then released that book. It was simply amazing to see Cruel Justice romp up the charts on both sides of the Atlantic and accomplish a top 20 place in the UK and settle in the top 30  in the USA, but what pleased me even more than the high rankings on my babies, was the wonderful emails I received from my fans, it simply flabbergasted me.

Now, I just can’t stop writing. In the past few months I’ve released The Caller, written by my co-author, Tara Lyons and myself, plus I have two more titles on pre-order, although Mortal Justice will have been released by the time this post appears. The other title, Devious Intention is due for release in Aug 2016, this is a psychological thriller, the third book in the Intention series about a PI duo, Ellie and Brian.

The past six years have been incredible for me, I’m one of the few Indie authors out there who is  listed as a New York Times and USA Today bestselling author but having those accolades under my belt hasn’t altered me at all. I still work over 100 hours a week, why? Because I love writing and entertaining people.

To anyone thinking that this writing lark is a way to make a quick buck – it ain’t. Only people who are committed to their craft and determined to succeed will make it in this world. It takes stamina and a lot of willpower to keep coming up with great plot ideas and believable and likeable characters who the reading public fall in love with.

Thank you again, Eva, I hope I haven’t bored people too much. 🙂

2 thoughts on “Eva Jordan in conversation with… M.A. Comley”