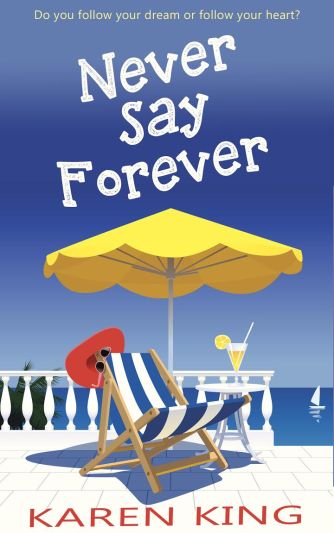 Also on my blog today, I’m very pleased to introduce the romantic novelist Karen King. A member of the Romantic Novelists’ Association, the Society of Authors and the Society of Women Writers and Journalists, Karen King writes sassy, contemporary romance just right for reading on the beach. ‘I DO – or Do I?‘ her first chick lit for Accent Press, was published in May. She has been contracted for two more. And she is delighted that Accent Press have republished her earlier romance novels, The Millionaire Plan and Never Say Forever. The Millionaire Plan was nominated for the RONE Award in 2014.

Love or money, what would you marry for?

Amber Wynters is on a mission to find a millionaire to marry – and fast. Her parents are nearly bankrupt and being forced to sell their family home, a beautiful Tudor house that has been in the family for generations, thanks to Amber’s ex-fiancé persuading them to invest in his dodgy shares. Armed with a self-help book and a ten-point plan, she sets off to hook herself a rich husband. On a millionaire’s yacht, she meets the drop-dead gorgeous Jed Curtess. The attraction between them is sizzling. It’s a shame that he is only a hired hand. Can Amber ignore her heart and follow her plan?

That’s the decision Kendall McKenzie has to make when she meets hunky businessman Jake Newman. He’s as attracted to her as she is to him – but Kendall has vowed never to get married, and it seems that Jake has too. When they are together, sparks fly. It’s obvious to everyone except themselves that they’re meant to be together. Can Kendall trust Jake enough to give him her heart? And if she does, will she have to give up her dream?

Karen has had several short stories for women’s magazine and 120 children’s books published.

When she isn’t writing, Karen likes travelling, watching the ‘soaps’ and reading. Give her a good book and a box of chocolates and she thinks she’s in Heaven.

Here, Karen tells us a bit more about herself in my quick Q&A followed by a sneaky peak of The Millionaire Plan with a brief extract from Chapter One.

Getting a letter or email from someone who’s enjoyed reading my book. That makes my week!

Finding time to write down all the ideas that are whizzing around in my head.

It took me seventeen attempts and goodness knows how many years to pass my driving test. Seriously!

Stop faffing about and get that first draft down. Then you can go back and reread, revise and rewrite. If you don’t write something you have nothing to hone.

Thank you for hosting me!

Rule number 1: Make sure you’re seen at the right places

Great. Here she was, dressed to kill and without a clue what to do, Amber thought, tugging self-consciously at the hem of her dress. Everyone else was walking around in groups, or at least in pairs, chatting and laughing together and making her wish that she’d taken up Callie’s offer to go sailing with her and Simon instead of wandering around Coombe Bay Marina alone. Honestly, dressed in this skin-tight, short white designer dress, high heels, and the pile of make-up Callie had insisted she wore, she might as well have the words ‘gold-digger’ written on her forehead.

Well, that’s what she was, wasn’t it?

Not for the first time she wondered how she’d let Callie talk her into coming here to try and hook a millionaire. It was mad. Insane. Immoral.

And her only option if she didn’t want her parents to lose their home as well as their business.

Spotting a café overlooking the marina, she bought herself a latté and was making her way over to one of the tables when a white yacht caught her eye. It wasn’t huge or brash, like some of the yachts in the marina, but it was definitely classy. The sort that a millionaire would have for his own use, to sail around in rather than show off and entertain his friends. As she peered over at it, trying to read the name painted on the side, she collided into something hard. Her coffee cup went flying off the saucer, emptying its contents over a pair of cut-off denim shorts that were hugging lean, definitely male, hips.

‘Sorry.’ She looked up into a pair of twinkling tawny eyes that laughed at her from a ruggedly handsome face, topped by thick, light brown hair with sun-kissed highlights. Phwoarr! was her immediate reaction, but she quickly pulled herself together. She’d just spilt coffee over this guy, for goodness sake, the least she could do was apologise instead of drooling over him like a lunatic.

‘I’m so sorry,’ she apologised again. ‘I was looking at that yacht over there. It’s fantastic, isn’t it? I’ve never seen one like that before.’ Not the thing to say, Amber, she scolded herself. You’re supposed to be acting smart and sophisticated as if you come to these sort of events all the time, not twittering away like an idiot and letting the first person you bump into know that you’ve never seen anything bigger than a dinghy before. Then she remembered that she had quite literally ‘bumped’ into this man and drowned him in coffee in the process.

‘Gosh, I’m so sorry,’ she said, fully aware that this was the third time she’d apologised but unable to stop herself gabbling. She looked down at his wet denim cut-offs, trying not to let her gaze linger on the sun-tanned legs below them, then shifted her eyes hurriedly back to his face. ‘Er, I’ll go and get a cloth so you can clean up.’

‘No need. I’m working on that yacht you were admiring so I haven’t got far to go and get changed,’ he replied. ‘Perhaps you’d like to join me and clean yourself up too? You don’t want to leave that to stain. It’ll ruin your dress.’

What? She glanced down in confusion and saw that coffee was splattered all over the bottom of her – or rather, Callie’s – dress and running down her legs. How could she have not noticed? Because I was too busy gawping at him, that’s why.

She hesitated. He had said he was working on the yacht, which meant he didn’t own it – more’s the pity. So his boss could well be on board. And whilst the ‘How to Hook a Millionaire’ book Callie had brought and insisted she read from cover to cover had declared she should ‘seize any opportunity to mix with the seriously rich’ – and let’s face it, anyone who owned that yacht was seriously rich – meeting them with a coffee-stained dress and legs was not a good idea. ‘Always be perfectly made up and elegantly dressed’ was another rule.

‘Is your boss on board?’ she asked.

‘No, only me.’ He was looking at her intently. ‘Perhaps I should introduce myself, I’m sure your mother drilled it into you to never go off with strangers.’ He held out his hand. ‘Jed Curtess.’

She took his hand. It was strong and warm and his touch sent tingles running up her arm. ‘Amber Wynters,’ she told him.

‘Now we’ve been introduced, Amber Wynters, would you like to come on board and get cleaned up?’ he asked, a playful smile hovering on his lips.

She most definitely would but should she? She didn’t even know this man, although she had to admit that she definitely found him appealing. Should she risk going onto the yacht with him? He might not be as harmless as he seemed. She saw the teasing twinkle in his gorgeous tawny eyes and her heart flipped. Cancel harmless. This guy was a danger to her blood pressure if nothing else.

‘I promise I won’t try to seduce you,’ he said solemnly. ‘Unless you beg me to, of course.’ His eyes danced with humour and she thought there was probably a queue of women who would love him to do just that.

Both available on Amazon:
The Millionaire Plan Never Say Forever